Adoption Assistance is dedicated to assisting persons in the adoption process by conducting home studies, post placement reports, finalization services and providing domestic child placement. Adoption Assistance will place children for adoption from birth to age eighteen without regard to race, sex, religion or national origin. 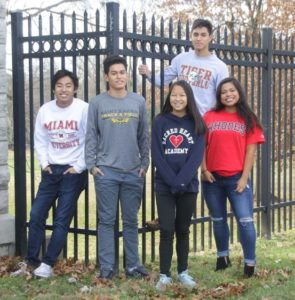 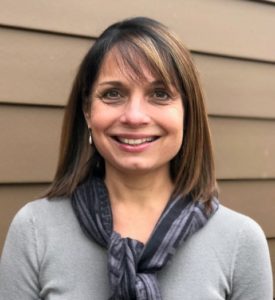 Julie Erwin founded Adoption Assistance in 1999 and has been the Executive Director since its inception. She is also the parent of five internationally adopted children; Will, born in Korea, Kate, born in Guatemala, twins Nick and Clay, also born in Guatemala, and Lauren, born in Taiwan. Before founding Adoption Assistance, Inc., Julie was a classroom teacher, school counselor, and elementary school principal. She left the educational field in order to pursue her passion of helping families adopt. Her background in education, and her professional and personal adoption experiences, enables her to relate well to prospective adoptive parents and their many different needs. The Erwin family resides in Louisville, Kentucky. Adoption Assistance, Inc., while based in Louisville, also has an office in Danville and has adoption workers available throughout the entire state of Kentucky and middle Tennessee, East Tennessee, and West Tennessee. 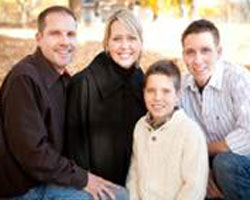 Lisa Mosley has been employed with Adoption Assistance since 2002. She has her Master of Science Degree in Social Work and a Certified Social Worker License in Kentucky along with a Licensed Master Social Worker License in Tennessee. She finds her career immensely gratifying and is appreciative of the families who provide her with the opportunity to assist them on their adoption journey. Lisa and her husband, Eddie, reside in Smyrna, TN with their two children, Graham and Gresham. 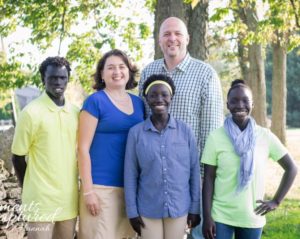 Amy Kinnell graduated from Asbury University in 2001. She and her husband, Matt, spent many years doing missionary work around the world before beginning their family through adoption. They adopted twin 3 year old girls in March 2009 and an 8 year old son in August 2010, all from Ethiopia. Amy has worked with orphans in China, Cambodia, Guatemala, and Ethiopia. Amy has worked with Adoption Assistance since 2008. 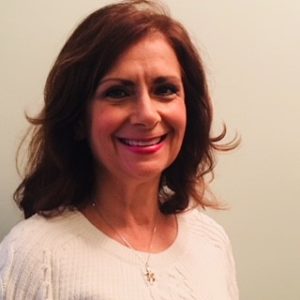 Rebecca Sherrard, M.Ed., is an independent adoption counselor and advocate in the Louisville Metropolitan area and surrounding counties. She received her Master of Education in Counseling Psychology and Post-Master’s training in Marriage and Family Therapy from the University of Louisville. She began her professional career as a Child Life Specialist at Kosair Children’s Hospital and is the former executive director of Family and Children First, Child Advocacy Centers, in Kentucky and Indiana. She also received the “Angels in Adoption” award in 2007. 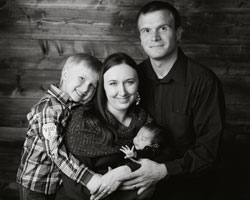 Mattie Wells joined the Adoption Assistance team in the spring of 2012. Mattie earned her Bachelor’s of Social Work at Eastern Kentucky University and is a Licensed Social Worker in Kentucky. She has worked in the school system for several years in different capacities including a School Social Worker. She also serves as Client Services Director at HELP Pregnancy Care Center. Mattie, her husband, Ben, their son, Ethan, and their daughter, Arabelle, adopted domestically from North Dakota, live in Monticello. She is excited to walk beside families during their adoption journey and finds great joy in seeing forever families united! 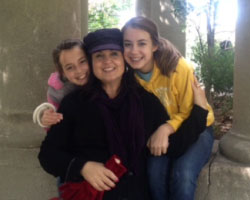 Suzanne Sims has worked for Adoption Assistance since 2012. She graduated with a Bachelor of Arts in Social Work from the University of Kentucky. Suzanne has a passion for serving children and families. Before joining the Adoption Assistance tean, she worked for Maryhurst Campus Residential Treatment Program, and also taught preschool and second grade. She resides in Louisville with her husband, Tom, and their two daughters, Sydney and Payton. Suzanne works in the main office and loves the opportunity to talk with families who are calling about adoption for the first time. 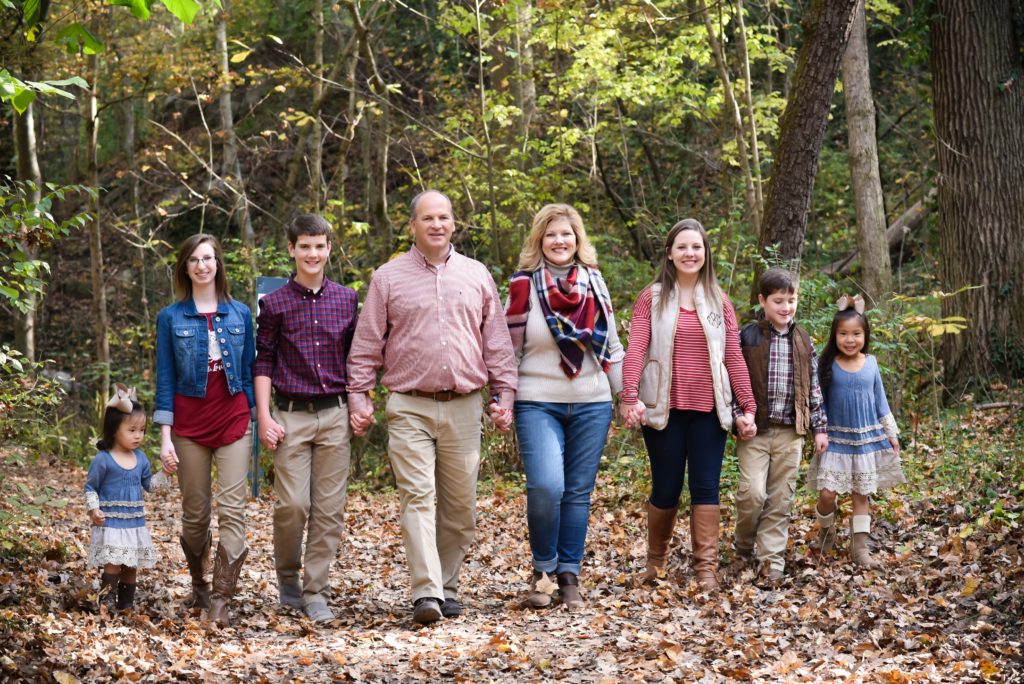 Tasha Uland is very excited to join the Adoption Assistance team . She graduated from Murray State University with a Bachelor’s degree in Elementary Education and a Master’s degree in Early Childhood. She has also earned an Interdisciplinary to Early Childhood Certificate. Tasha taught preschool in the public school system for 8 years and has worked with First Steps, an early intervention program serving children with special needs. In 2001, Tasha opened The Children’s Academy, a Child Development Center in Hopkinsville, Kentucky. Tasha and her husband have six children, including a daughter adopted from China in 2010. Tasha is passionate about adoption and excited to share in the awesome journey with other families. 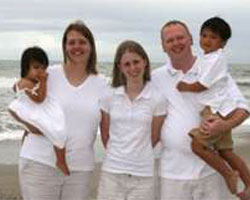 Jaime Kendrick has been with Adoption Assistance since 2006. She works in the Danville, Kentucky office. Jaime and her husband, Larry, have three children, Raechel, Jacob, and Mackenzie. Jacob and Mackenzie were both adopted from Taiwan. Jaime and her family live in Danville. 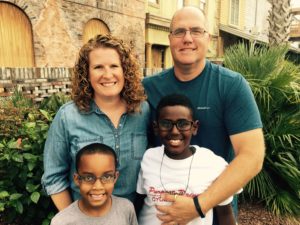 Lesley Scott joined the Adoption Assistance team in 2016. She comes with many years of both personal and professional adoption experience. Lesley has served adoptive families in many different capacities since 2010 and she and her husband, Thom, have adopted two boys from Ethiopia (2008 & 2010).  Lesley obtained her Masters of Education degree from Liberty University and has a passion for serving children and families.  Lesley and her family reside in Shelbyville and they love traveling and experiencing life together. 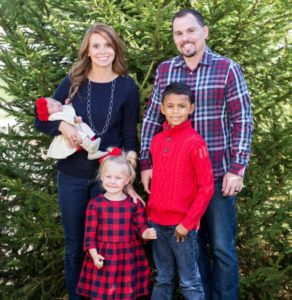 Tiffani Saltsman joined the Adoption Assistance team is 2016.  She has an Early Childhood/Elementary Education degree from the University of Louisville.  She taught Kindergarten for a couple of years before becoming a Stay at Home mom through adoption.  She and her family of 5 (Jase- adopted from Utah, Lily-adopted from Mississippi and Tessa- adopted from Arkansas) reside in the Northern Kentucky area.  She has a passion for adoption and enjoys walking alongside families on their journey. 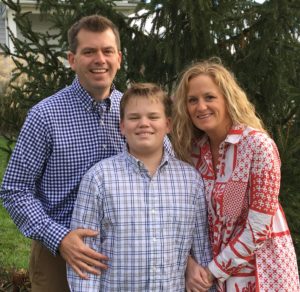 Michelle Jones joined Adoption Assistance in 2017. She has her Bachelor’s Degree in Psychology from Western Kentucky University. She comes to Adoption Assistance with over 22 years of professional experience in her work with the Kentucky Cabinet for Health and Family Services. Michelle has a strong passion for adoption and is excited to help families through their adoption journey. Michelle resides in Louisville with her husband, Danny, and their son, Patrick. 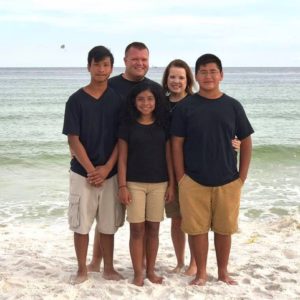 Melisa Bell joined the Adoption Assistance team in 2018. She earned a Bachelor of Science Degree in Occupational Therapy in 1996 from Eastern Kentucky University and she has provided occupational therapy services across the lifespan for 22 years in the Eastern Kentucky region. She is proud of her Appalachian heritage and has a strong passion for assisting children and families in Eastern Kentucky as they travel the journey of adoption, a road she herself has travelled. Melisa resides in Prestonsburg, Kentucky with her husband, Mike and their three children, Isaac adopted from Cambodia, Jonah adopted from Guatemala and Abby, also adopted from Guatemala. 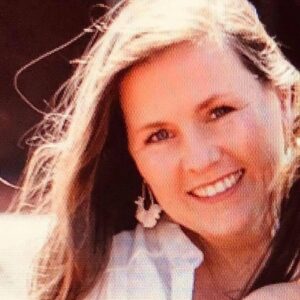 Karen Nixon has worked in the field of adoption since 2010. Prior to that, she worked with children as a counselor and behavior specialist. She graduated from the University of Tennessee with a Master of Science in Social Work and is a Licensed Master Social Worker (LMSW). Karen has three children, two biological sons and one daughter, adopted from China. In 2015, she attended the Trust Based Relational Intervention (TBRI) practitioner training. She received the “Angels in Adoption” award in 2016. Karen considers it an honor and joy to walk alongside families during their adoption journey. 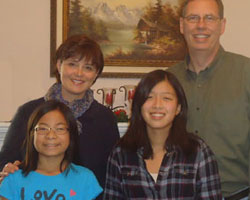 Carole Ozment joined the Adoption Assistance team in November 2011 as the Director of the Tennessee office in Nashville. Carole has a Master of Science degree in Social Work and is a Licensed Clinical Social Worker. She previously worked as a hospice social worker and began working with adoptive families in 2001. Carole also has personal experience with adoption; she and her husband are the proud parents of two daughters, Kelly and Laura, who were born in China. Carole feels honored to be a part of each family’s adoption journey. 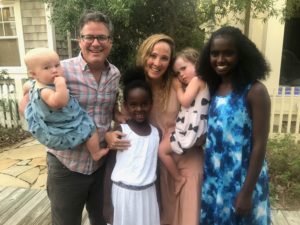 Rachel Ward has been employed with Adoption Assistance since 2009. She has her Master of Science Degree in Social Work from the University of Tennessee. She has worked in adoptions since 2002 and currently works out of the Nashville, Tennessee branch of Adoption Assistance as an Adoption Caseworker. She is passionate about orphan care and adoption, and feels honored to work with families in their adoption journey. Rachel and her husband, Barrett, reside in Nashville, Tennessee with their three daughters, two of whom were adopted from Ethiopia. 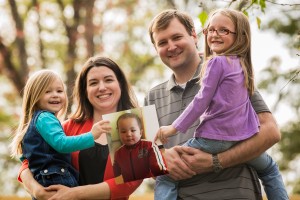 Elizabeth Newsom joined Adoption Assistance in 2015. Elizabeth earned her Bachelor of Science in Social Work degree from the University of Tennessee at Martin. She previously worked in adoptions through the Tennessee Department of Children’s Services. Elizabeth and her husband have two beautiful daughters, and are currently in the process of adopting their son from China. She and her family live in Nashville, Tennessee.

Erin Crenshaw joined Adoption Assistance in 2015.  She earned a Bachelor’s degree in Child and Family Studies from the University of Tennessee.  Erin has worked with children and families in several different capacities, including special education and as a preschool teacher.  She and her husband Brian have four amazing children, three by birth, and one through adoption from Ethiopia.  Erin is thrilled to be a part of the Adoption Assistance family and walk alongside families on their adoption journey.

Top 10 Reasons You Should Use Adoption Assistance